A huge leap of faith

“There will be no parade for our play-off win. The parades are for when you win something really big. We’re Aston Villa, we have parades when we win leagues and cups.”

Smith, a boyhood Villa supporter, added: “I have been an Aston Villa fan as everyone knows. I was fortunate enough to get on the bus when they carried that European Cup around.”

Aston Villa are back in the Premier League after a three-year exile. Smith has also come a long way since the days of cleaning the steps on the Holte End to becoming the manager of the club.

Dean’s father, Ron, worked as a steward in the Trinity Road Stand at Villa Park. His father is currently suffering from dementia so may not even know about his son managing their favourite club. Talk about heartbreaks in football.

Since their return, the West Midlands club spent £144.5 million in summer transfer window – the most by any Premier League club besides Manchester United.

Since the arrival of new billionaire owners Nassef Sawiris and Wes Edens, the Villans have been on a spending spree. Comparisons have been drawn to Fulham’s fate last season, when the London club spent well over £100 million only to be relegated to the Championship.

The chopping and changing of the core of their team did not pay dividends for Fulham.

Aston Villa are taking the same gamble – a gamble that fails more often than not.

But it remains to be seen whether Villa will suffer the same fate as Fulham or whether this represents the start of something special under Smith.

There is a noticeable difference between the strategies of the two clubs. Fulham signed five players on deadline day last year while Aston Villa have opted for a more seasoned approach.

Villa signed defender Tyrone Mings for £26.5m from Bournemouth after the 26-year-old defender played a huge part in the club’s promotion on loan last campaign, becoming a fan favourite.

His stand-out performances in last season’s Championship made the club splurge that kind of money on him.

Much of Aston Villa’s firepower last season came from Tammy Abraham, who scored 25 goals. On loan from Chelsea, new manager Frank Lampard decided to call him back this season.

Dean Smith asked the scouting team for a like-for-like replacement. Villa did not take long and made the £22m signing of Brazilian striker Wesley Moraes from Club Brugge.

A huge part of Aston Villa’s success last season was their midfield trio of Jack Grealish, John McGinn and Conor Hourihane. The central midfield did not get overhauled while much of the focus remains on club captain Jack Grealish. He was fouled 158 times in the Championship last season – more than any other player.

Aston Villa have also let go of nine experienced players and added firepower in every department.

Villa kick off their season away at Tottenham on Saturday. There is a sense of collective optimism that surrounds the West Midlands club, hoping to bring back the Martin O’Neill days.

The club finished sixth in three consecutive seasons after surviving relegation when the Irishman was at the helm.

While the other promoted clubs have shown caution in signings, Aston Villa have gone big.

With Dean Smith being the embodiment of the club, the Villans have every right to be hopeful ahead of the new season. 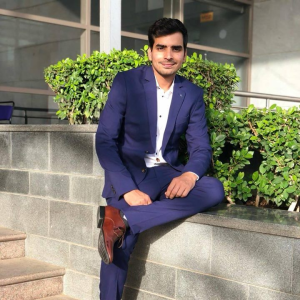 Is replacing a successful co ...

The revolution will be telev ...